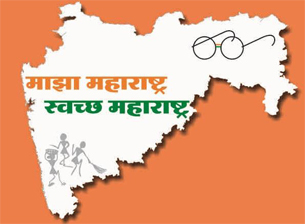 Government of India launched the Total Sanitation Campaign for Rural sanitation in the year 2003-04. This triggered a social movement on sanitation in rural masses and helped improve their life style. The Campaign was re-named as Nirmal Bharat Abhiyan (NBA) from 01st April 2012. The campaign emphasised more on construction and use of Individual House Hold Latrine (IHHL). Under NBA, the incentive for the construction of IHHL was raised from Rs.3200 to Rs.4600. All BPL families and six categories of APL families viz. SC, ST, Small &Marginal farmers, landless families, physically handicapped and Women headed families were covered under NBA.
Recently from 02nd October 2014, Nirmal Bharat Abhiyan(NBA) is retitled as “Swachh Bharat Mission”(Gramin). The incentive for construction of IHHL under SBM (G) is raised from Rs. 4600/- to Rs.12000/- (GoI Share - Rs.9000/- and GoM Share – Rs.3000) for the categories mentioned above. As per the guidelines under NBA the Base Line Survey (BLS) was conducted in the State of Maharashtra in all 27902 GPs during the period 02/10/2012 to 31/01/2013.